On June 27-28 IN-QUAL partners flew to Piraeus (Greece) to wrap up their first six months of work and plan the publication of the EU Baseline Report.

IN-QUAL project aims to support entrepreneurship education providers in the implementation of quality assurance systems and to promote a EU-wide culture of quality inspired by the EQAVET standards.

Since the project kicked off in November 2018, partners have been busy conducting research on the status quo of quality assurance provisions for entrepreneurship education at national level (Belgium, Greece, Italy, the Netherlands and Portugal).

After trying to identify a shared, nation-wide definition of entrepreneurship (which proved hard to come by), partners delved deeper into the legal framework of entrepreneurship education in their countries as well as into existing provisions and tools for the implementation of EQAVET standards. 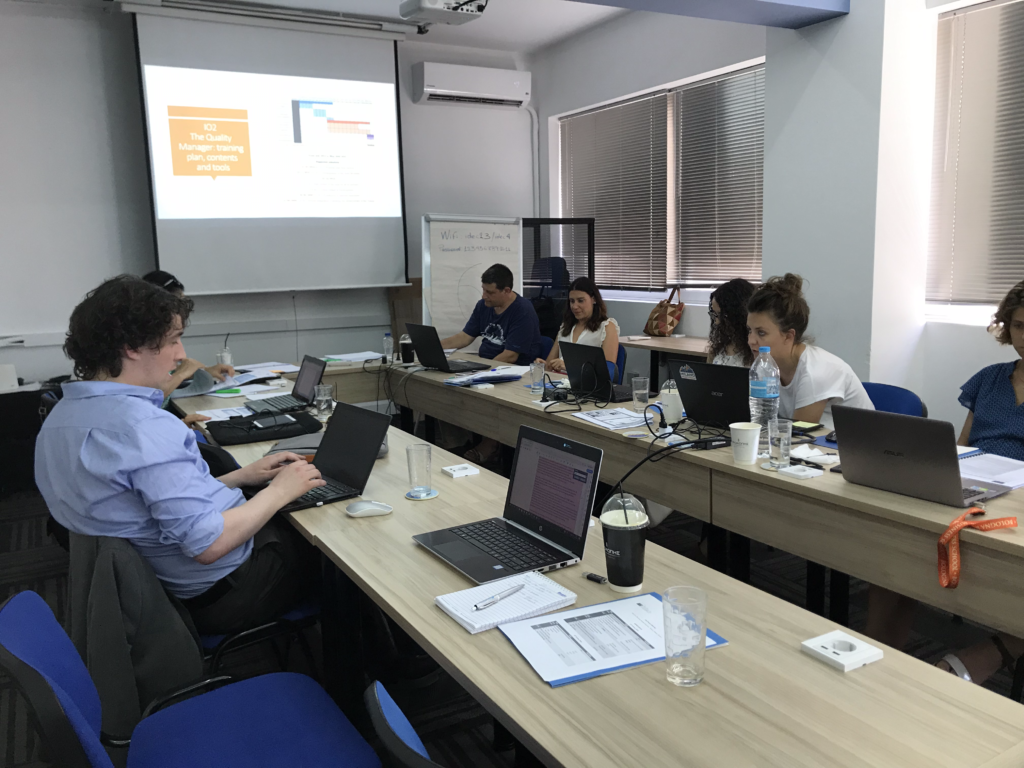 After this first stage, each participating organisation got in touch with a selection of VET providers (with a focus on continuous VET) to further investigate what quality assurance systems are most commonly used and how different providers approach the task of ensuring quality. The interviews produced very interesting results and pointed to the fact that the countries under examination don’t have a homogenous approach to quality assurance. Each organisation adopts its own system and the overwhelming majority of interviewees confirmed that EQAVET standards are still relatively unknown and far from being implemented. Besides confirming that a similar status quo appears in different countries, this exercise served to reconfirm the need to raise awareness about EU-level instruments and promote an effective and systematic approach to quality assurance.

The final results of this research phase have been analysed and compiled into a EU Baseline Report, which will soon become available on the project website.

Before closing the meeting, project partners reflected on the steps ahead, which will include the publication of a Common Reference Framework and the parallel development of Guidelines, which will become available after the summer.

Partners leave this meeting with a renewed sense of commitment and collaboration and look forward to moving on to the next steps to concretize their contribution to the development of an EU-wide culture of quality in entrepreneurship education.